‘Back to Nature’ (Trailer) 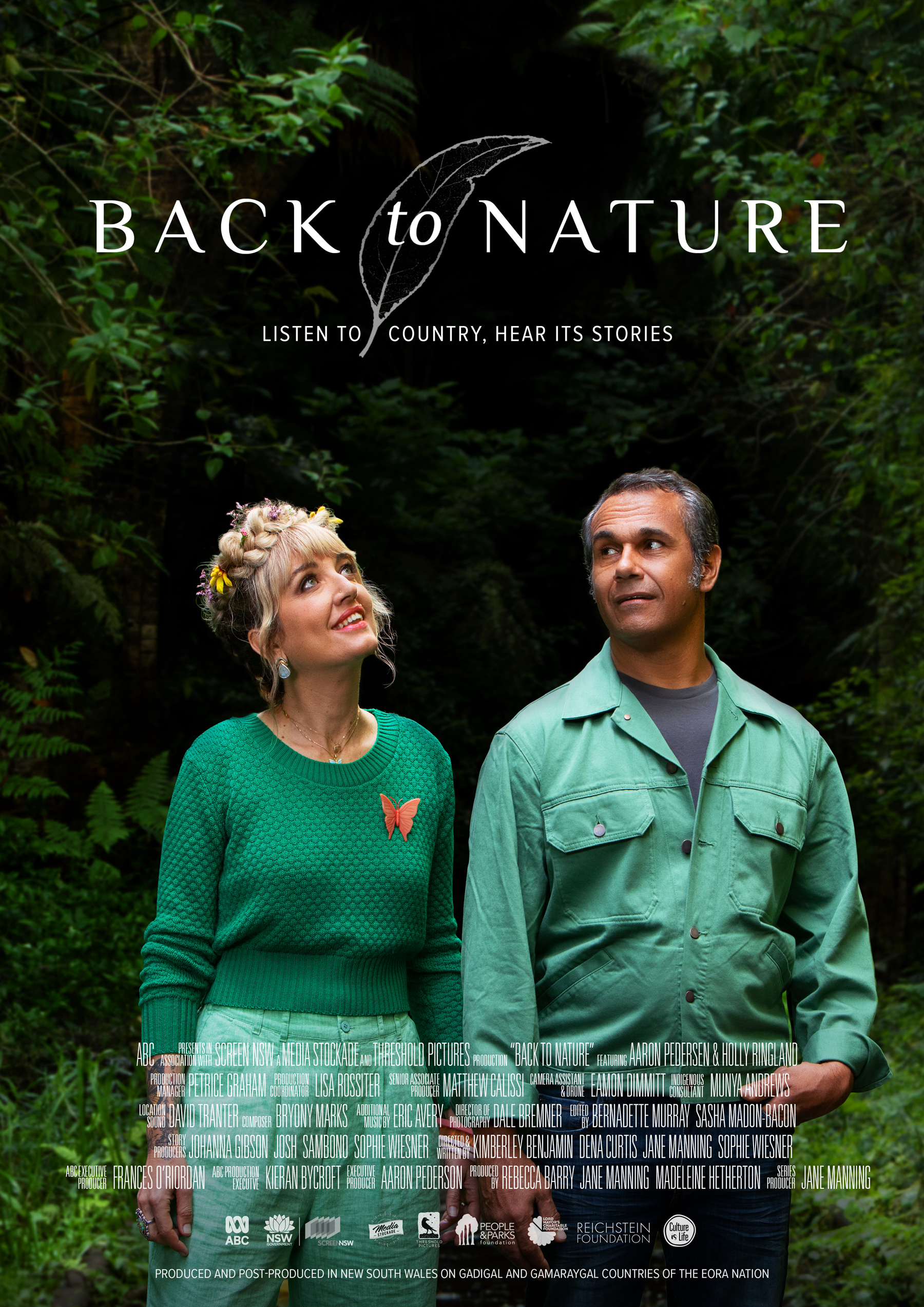 In eight-part ABC factual series Back To Nature, hosts Aaron Pedersen and bestselling author Holly Ringland will guide viewers through the wonder and awe of the Australian landscape, exploring stories that reconnect the audience with the natural world and with Country.

Premiering on Tuesday August 10 at 8pm, in each episode Holly and Aaron visit a new Australian location, each within easy reach of a city or town. This series isn’t about travelling to exotic, faraway places, but about seeing the local and accessible with fresh eyes and deeper appreciation. Along the way, the hosts meet people connected to the landscapes. A few are well known, like John Williamson, Missy Higgins, and Poh Ling Yeow, however many have ancestral connections with the country stretching back tens of thousands of years.

Back to Nature is a Media Stockade and Threshold Pictures production, with Rebecca Barry and Madeleine Hetherton producing with Jane Manning series producer.

Back to Nature was commissioned by ABC TV and funded in association with Screen NSW and The People and Parks Foundation.